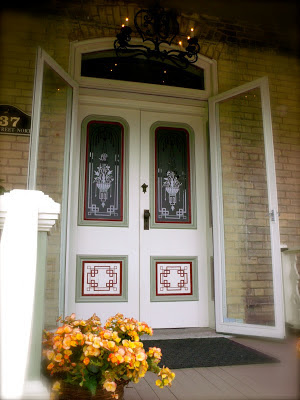 Every year, Doors Open Ontario attracts large crowds across the province. From April to October, residents and visitors are invited to discover first-hand Ontario’s hidden heritage treasures, some of which have never been open to the public. Since the program was launched in 2002, nearly five million visits have been made to heritage sites participating in this exciting initiative. Doors Open Ontario, now considered a cultural phenomenon, will continue in 2013 with hundreds of communities participating across the province. 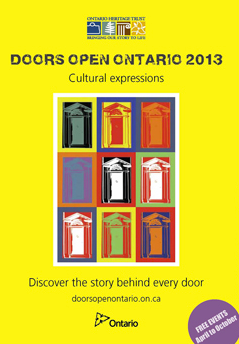 We are very proud to announce that The Dusty Victorian will be part of this cultural event. On September 28th, between 10:00 am and 4:00 pm, The DV will open its double front doors and welcome all. Please click on this link to know more about other St Marys open door participants.

The first Doors Open Day (La Journée Portes Ouvertes) took place in France in 1984. The idea soon spread to neighbouring countries, including the Netherlands, Sweden, Ireland, Belgium and Scotland. In 1991, these events were united as European Heritage Days at the initiative of the Council of Europe. In 2003, all 48 signatory states of the European Cultural Convention participated in European Heritage Days. In 2000, the City of Toronto launched the first Doors Open event in North America. In 2002, the Ontario Heritage Trust launched Doors Open Ontario, the first province-wide event of its kind in Canada. The Doors Open concept continues to spread across North America with events now being held in Newfoundland, Alberta, Massachusetts, Western New York State, New York City and Denver. Here you'll find Doors Open events in other countries 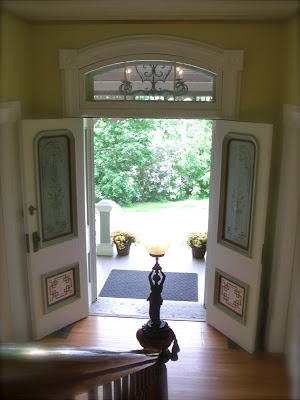 Perhaps we'll see you then?

As Victoria Day unofficially marks the beginning of Canadian summer, I thought a fresh-faced Victoria
(14-year-old) for this beautifully warm day would be appropriate.