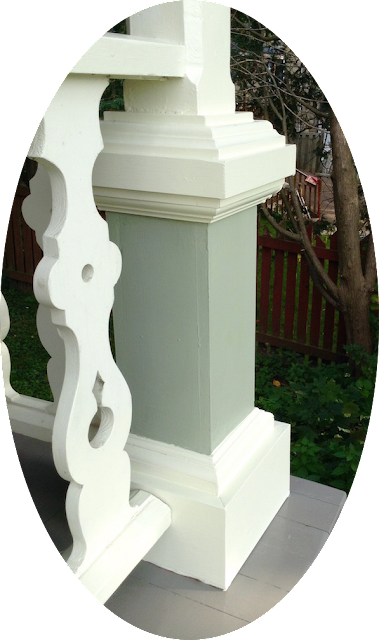 My last exterior restoration project for this season was the pillar at the southwest corner of the veranda. When we first moved in to the DV, the eavestrough and downspouts were leaking and long overdue for replacement (see: New Eavestrough on the Old Lady). This corner of the veranda was receiving more than its fair share of water. Making matters worse, an overgrown cedar had extended its branches into the veranda, adding still more water to the area when it was raining or when snow was melting off the branches. 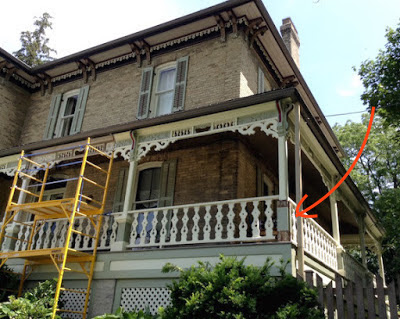 Now that I had acquired proper precision power tools and the confidence to use them,
it was time to see how extensive the damage was. 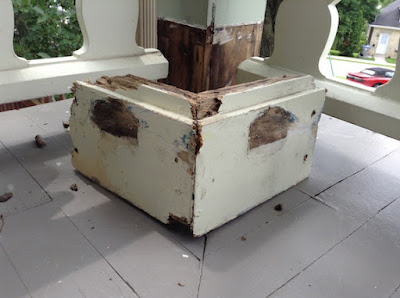 The base moulding was bad, enough, but the exterior portion simply disintegrated. It was like prying off an old wet sponge. 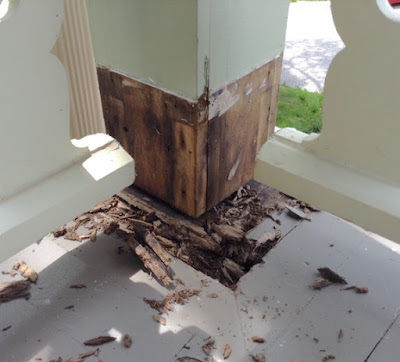 I expected the box surrounding the post to be rotten as well, but it wasn't bad at all.
The water damage was in the flooring. 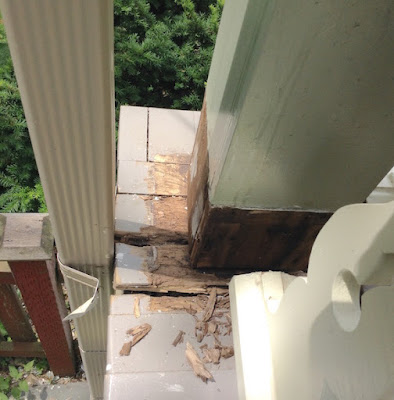 The south side edge was very brittle, understandably so... 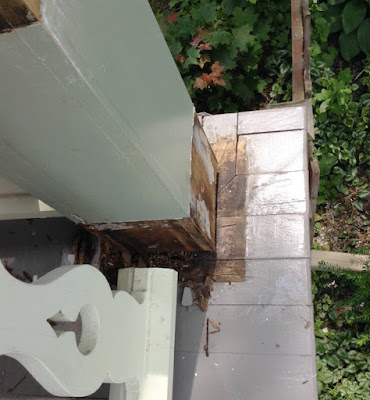 but the west side was in good shape. That dark wood was just dirt. 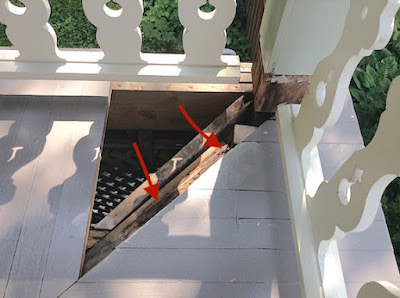 The support beams under the floor's 45 degree cut, showed rot. It also showed previous 'doctoring', an indication that this was a recurring problem.
Water seeping through that seam affected the support beam.
I proceeded to repair it with
wood harder and epoxy (forgot to take shots of that step). 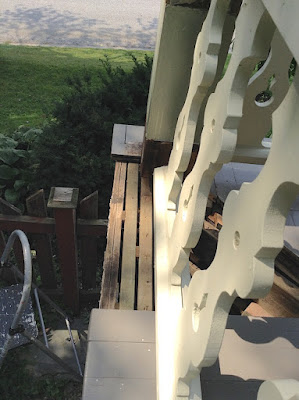 Removing the old floor boards, I was relieved to see that the exterior support beams were sound. 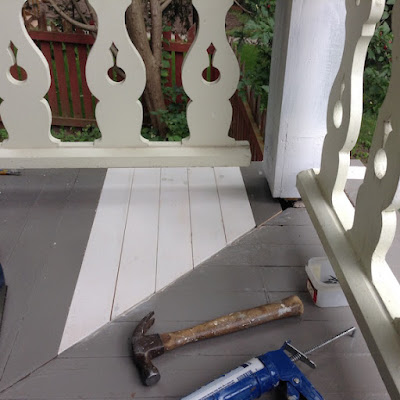 I replaced the floor boards and salvaged a few of the older ones
for shorter pieces needed near the pillar. 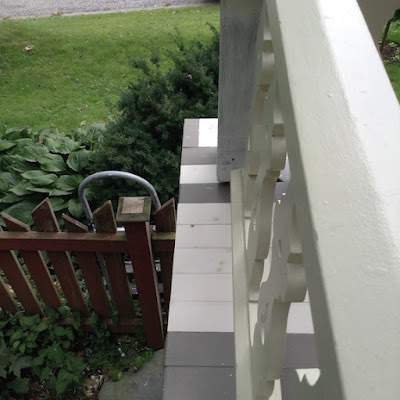 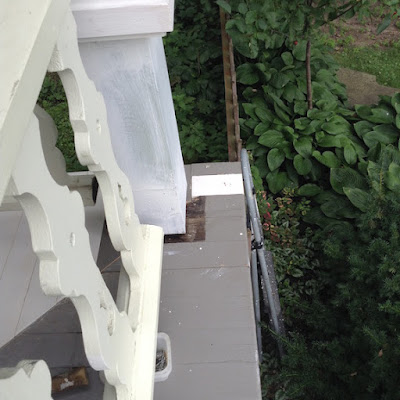 Before painting the floor, I sealed the 45 degree cut with some caulking. 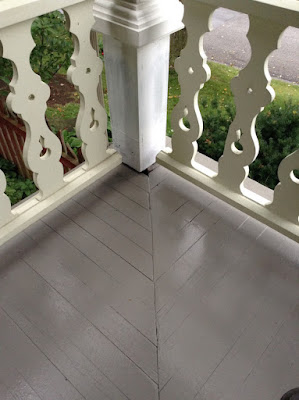 The crown moulding was also severely damaged by water
so I proceeded to cut and install a new one. It's so hard to fit everything perfectly when nothing is quite square or level - custom work big time.
Good thing I'm detail oriented, but it was a difficult job. 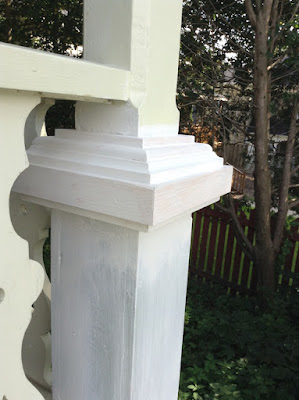 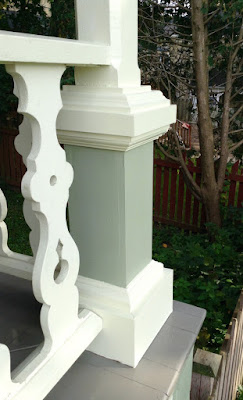 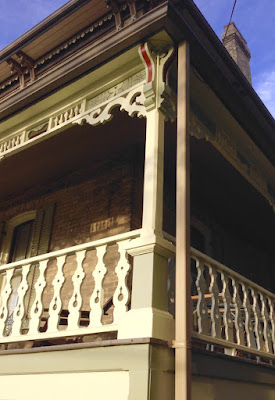 Voila! It looks like it was done in no time at all, but that was real finicky work, done in stages throughout the summer.

I'm retiring my tools for the season and throwing away my work clothes. 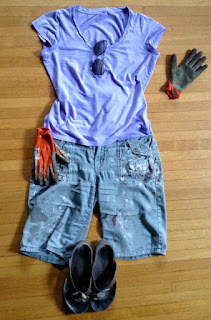 I will be spending more time in my studio from now on.
Drop in and see what I'm up to during the autumn and winter months.
To keep the winter blues at bay, I've lined up a few projects such as Christmas decorations, Hypertufa containers and, of course, art projects.