The Swan Parade in Stratford, Ontario

Last Sunday saw Stratford's 25th annual Swan Parade. Every spring, the city's swans are released from their winter quarters to waddle down to the Avon River, preceded by the Stratford Police Pipes and Drums. Thousands of people gathered on this beautiful spring day to witness a most adorable scene. To know more on the history of Stratford's swans visit this link: The Swans of Stratford

The swans' winter quarters in Stratford are located behind the William Allman Memorial Arena, a short distance from the Avon River. 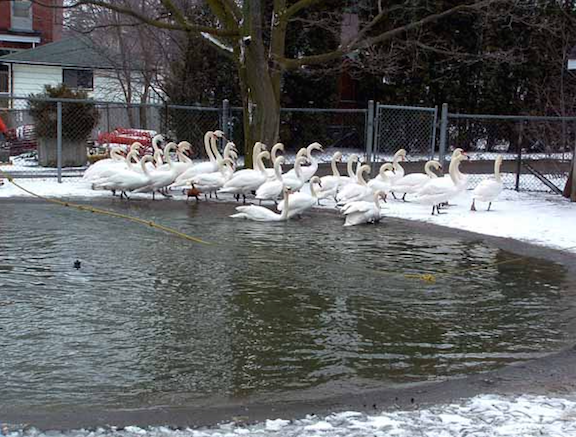 The facilities include a big backyard with plenty of ground surface as well as a large pond. 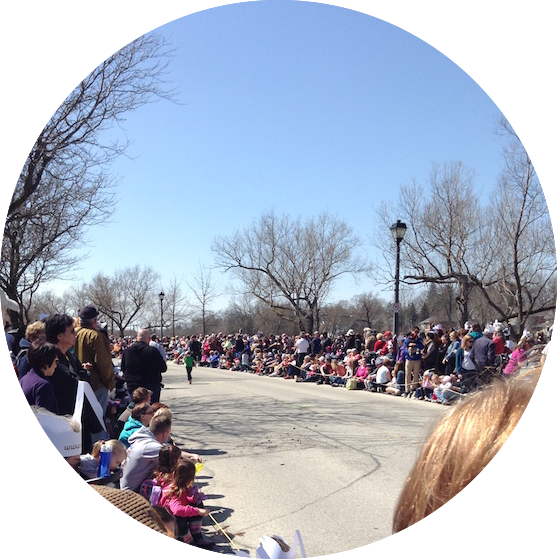 Waiting impatiently for the procession, we heard some laughs and giggles from the crowd
down the street. 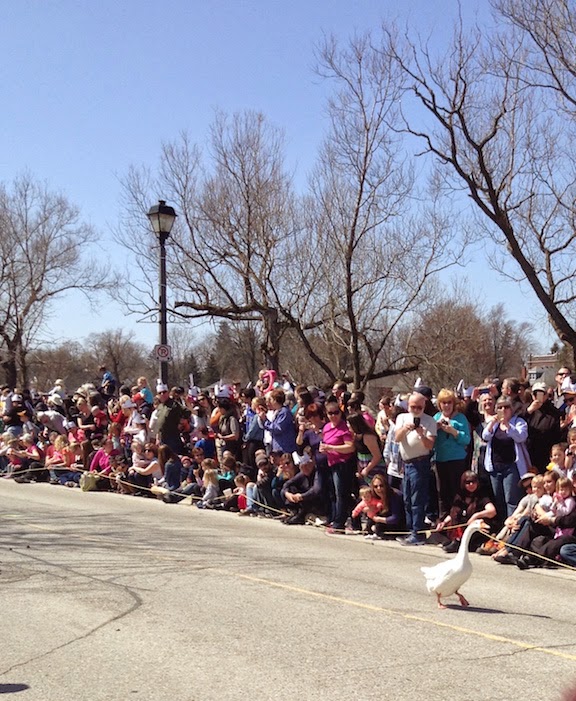 One of the geese ran ahead of the marching band, obviously eager to get to the water. Too cute. 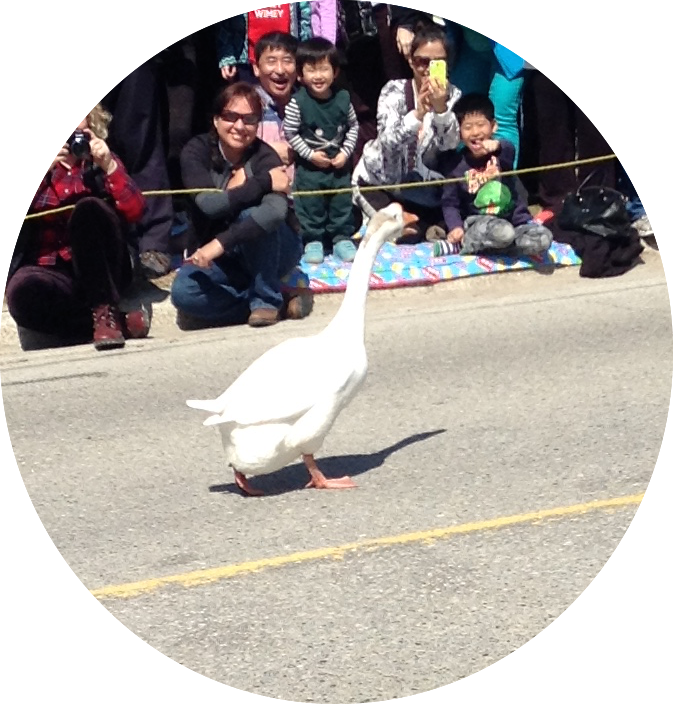 It's remarkable how fast these creatures run. One of the handlers had to run after him to make sure he/she was okay.

The Stratford Police Pipes and Drums 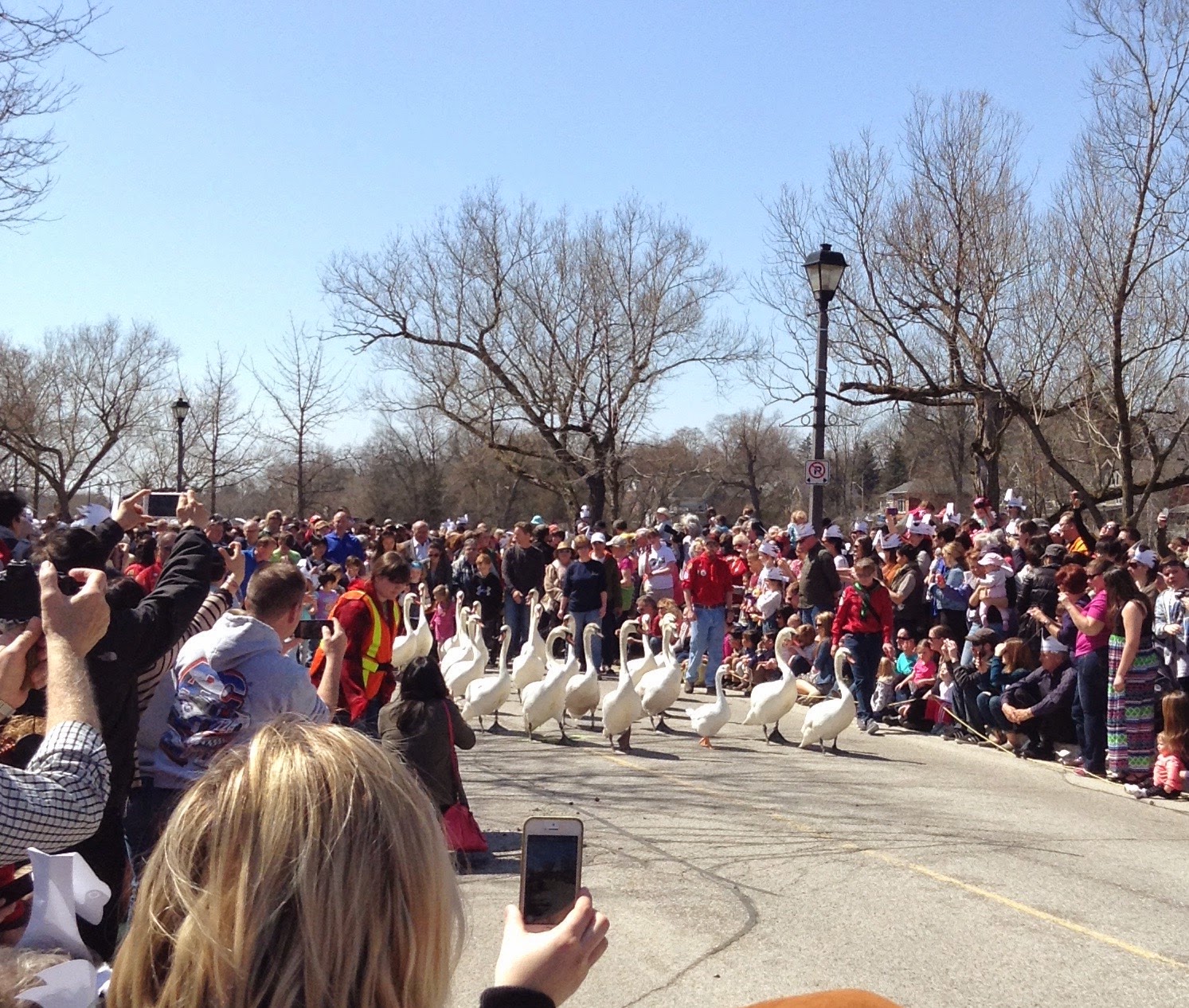 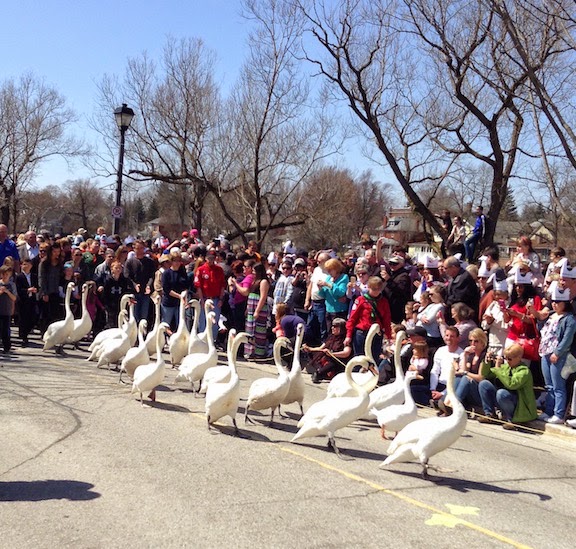 Amongst the swans there was one white goose. Notice the second bird in front, probably the other goose's partner, wondering where the heck he/she went. 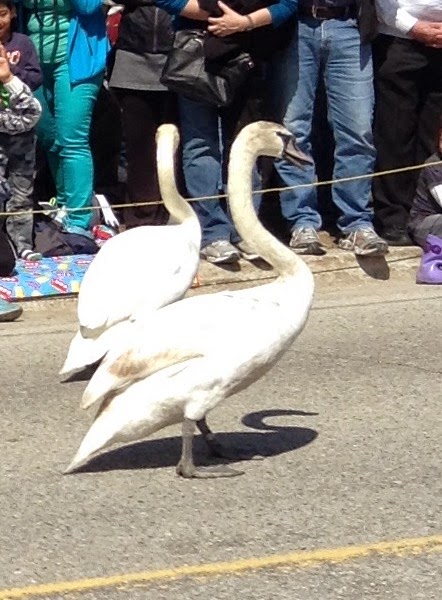 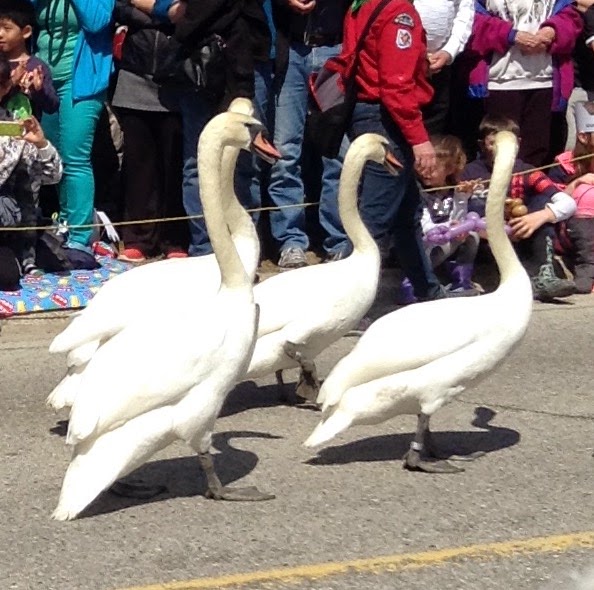 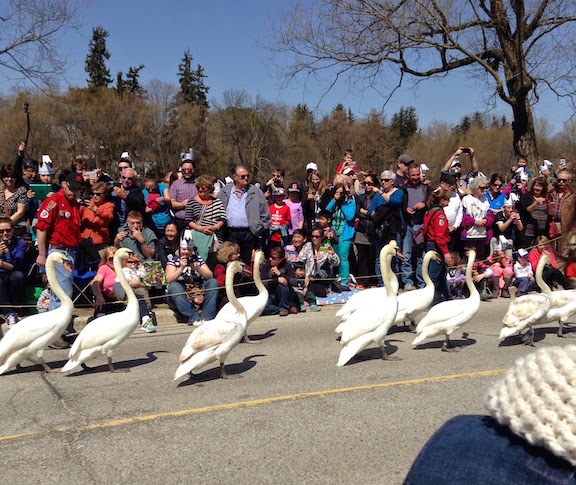 and here they go, heading towards the river.

The Stratford Police Pipes and Drums, along with the swans handlers, provide safeguards until they reach the water. The crowd, although in the thousands were, to my surprise, very calm and orderly.
The people of Stratford and its surroundings are extremely proud and
protective of their swans and wildlife. 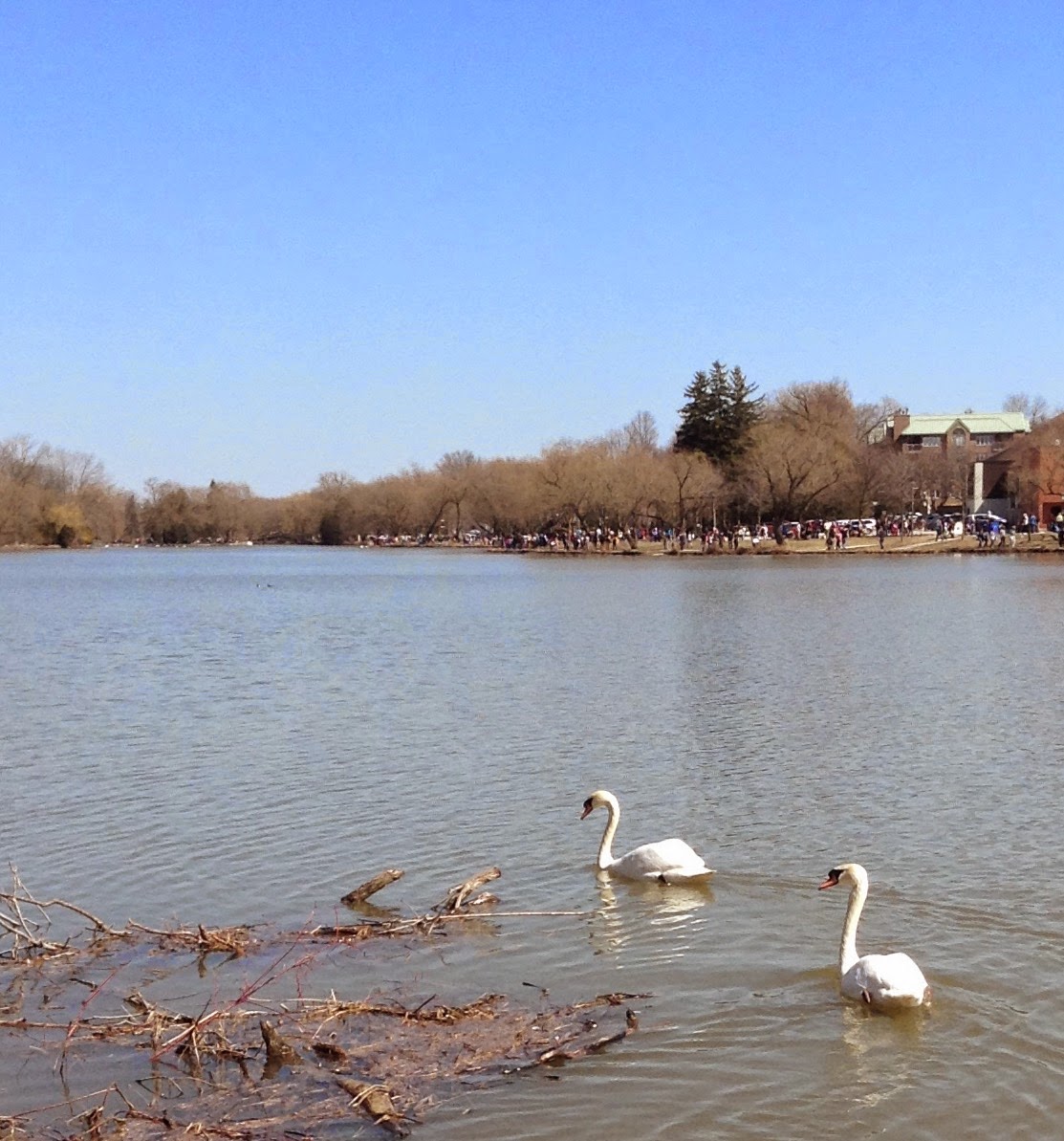 A few hours after their release, a couple ventured on the other side of the river, free to enjoy the coming warm season.

I learned that when a pair of swans become too aggressive to get along with the others, they are exiled to neighbouring towns, such as St Marys.
Should we have a little parade for our two delinquent swans?
It could be named St Marys' Swan Walk of Shame.

Thank you to Oleg Strilyaniy of My Toronto for sharing his most excellent video
of this year's swan parade. You will see the parade from beginning to end as well as a glimpse of beautiful Stratford Ontario.
25th Annual Swan Parade, Stratford Ontario
Posted by Anyes K. Busby - Studio Vignette Fine Art
Email ThisBlogThis!Share to TwitterShare to FacebookShare to Pinterest
Newer Post Older Post Home