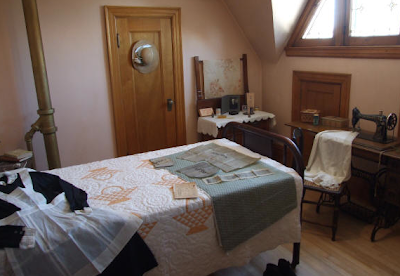 If you've been watching Downton Abbey, you have a pretty good idea of what a maid's bedroom looks like. Above is a shot of a maid's quarter recreated at Trail End in Wyoming, a beautiful mansion, now a museum. Although the DV is very far from being like Downtown Abbey and Trail End, I think that the maid's quarters would have been very similar. To know more about the servants' duties go to this historical site on Weddington Castle here.
One of my pet peeves: people who do not remove the hardware before they paint a room or a house. And it's probably the worst pet peeve to have when you own a century old house. 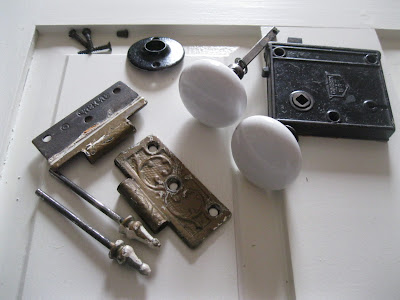 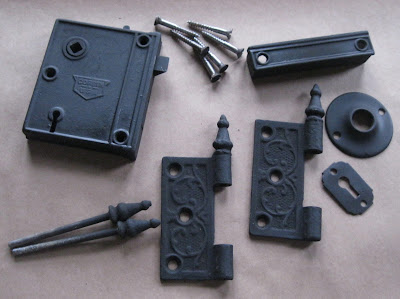 After
If painting a room was actually just painting a room, I would be finished by now. But for the owner of an old home, all that prep work before the actual painting is like a track and field obstacle course. I also prefer painting my doors flat, so I'm also one of the reasons why it takes longer. Thank goodness I don't have to deal with structural problems.
The following shots will show you how the maid(s) quarters were and still are separate from the rest of the house with its own door, hallway and staircase leading down to the kitchen. 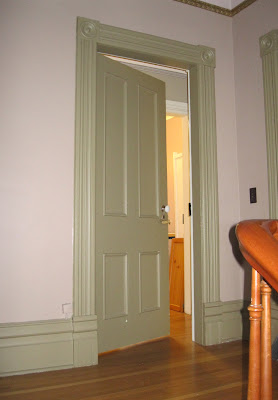 Up the main staircase, on the landing of the second level there's a door. 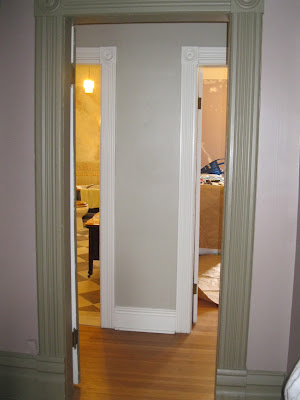 This door leeds to a small hallway and two other rooms. On the left the bathroom, on the right the laundry room. 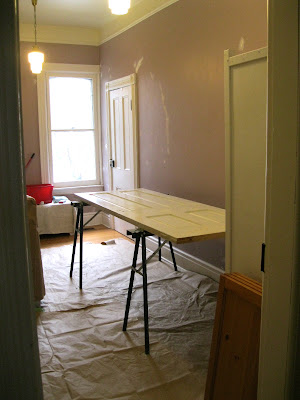 Work in progress in the laundry room. 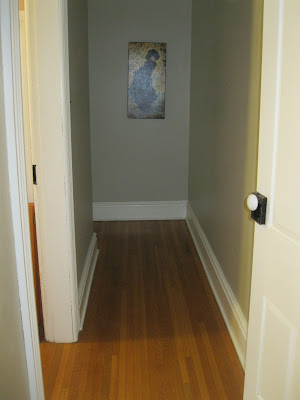 The small hallway leads to a staircase... 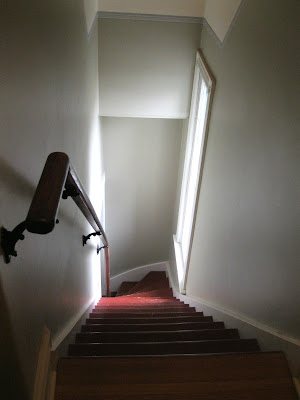 ..which leeds down to the kitchen. When we first moved to the DV, we were not used to the narrowness and steepness of these stairs and we all, at one point or another, took a tumble, dogs included. 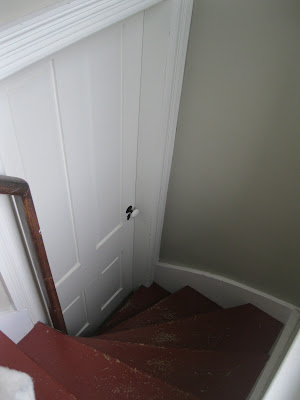 When the two doors are closed, they really help in cutting down on the kitchen noises, convenient for when we have guests and we have to get up early to prepare breakfast.
Posted by Anyes K. Busby - Studio Vignette Fine Art
Email ThisBlogThis!Share to TwitterShare to FacebookShare to Pinterest
Newer Post Older Post Home