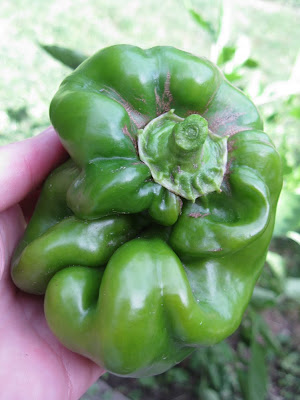 Now that autumn is around the corner, I thought I'd give an up date on the fruits and vegetables planted last spring. First, I should mention that only compost from my kitchen waste was used to nourish the plants, and that only egg shells sprinkled were used as bug and slug repellant.

My red peppers turned out to be green peppers; I guess they had been mislabelled. Regardless, the turned out to be quite delicious despite the fact that they were not as plump as the ones you get at the grocery store. Weird that most of them looked like Popeye the Sailor Man. 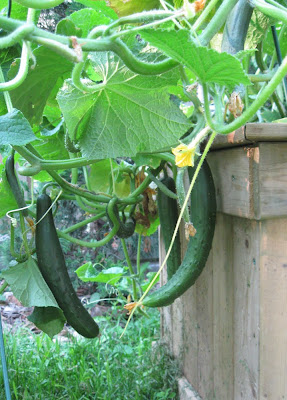 The cucumbers came and went really early in the season, perhaps because of all that early rain, but they were delicious and very aromatic. When peeling one, the entire kitchen would smell of fresh cucumbers. I'll stagger the planting next spring so that I get some through the summer. 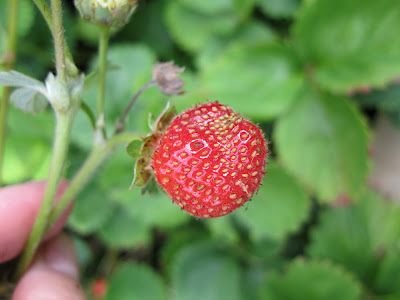 The strawberries were disappointing. The problem was that they were growing too low in the box and were overcrowded. The plants weren't able to fan out and get the full effect of the sun. The few I got to sample were small, but sweet. Not worth the trouble considering that we are surrounded by farmland and that I can easily buy them fresh. 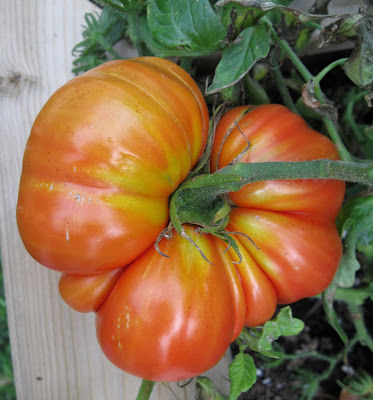 My tomatoes were a disaster. Most of them had black rotting spots under them. In some cases, half the tomato was black. I was told that I'd overwatered them. When I'm insecure about something, I tend to overdo it. The one in this picture kind of looks like the elephant man, but it was delicious. 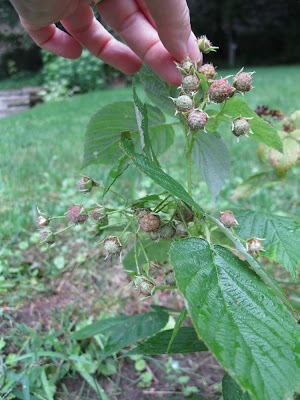 The real surprise were my raspberries. I did not expect much out of them this first year; but from mid-August, I started picking a few a day and soon after, had enough to garnish my bowl of cereal in the morning. At this point in time, there are a lot of branches loaded with fruits. My autumn raspberries will make it feel like summer is lasting a little longer.

The lettuces, chives and garlic plants were simply fantastic. We had salad almost every day during the summer.

The blueberries, yielded no fruit this year, and did not grow very much. I'll change their location to an even sunnier spot for next season and see what happens.

Well, live and learn, but it was fun to collect the fruits and vegetables of my labour. I may have been bitten by that special bug.
Posted by Anyes K. Busby - Studio Vignette Fine Art
Email ThisBlogThis!Share to TwitterShare to FacebookShare to Pinterest
Newer Post Older Post Home