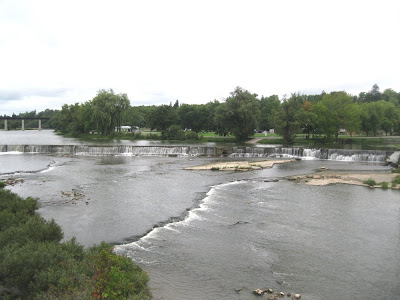 The first settlers arrived in St Marys in the early 1840s, attracted by the area’s natural resources. At the new town site, the Thames River cascaded over a series of limestone ledges, providing the power to run the first pioneer mills and giving the community an early nickname: Little Falls.
In the riverbed and along the banks, limestone was close to the surface and could be quarried for building materials. Today, this area of the river bed is used for play and fishing. On a hot summer's day, kids are found frolicking in water that only barely reaches their knees.
Many 19th-century limestone structures survive: churches, commercial blocks, and private homes. They've given St. Marys its current nickname: Stonetown. 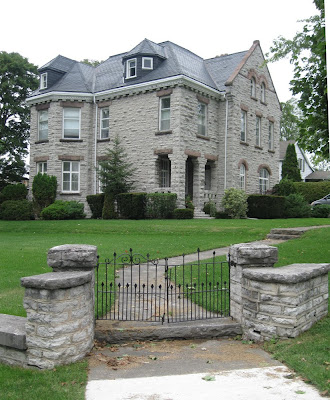 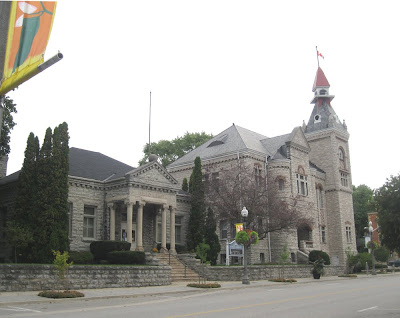 The Library and City Hall 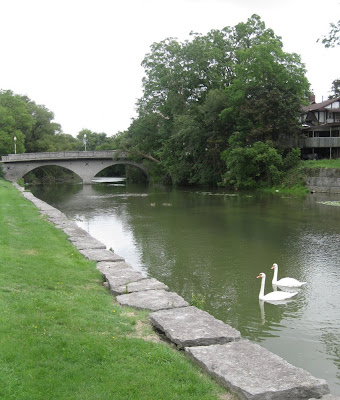 One of the numerous bridges in St Marys, with our swans. 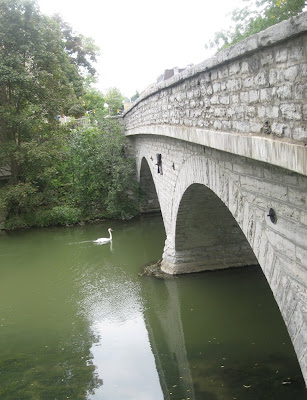 You would think you're in England. 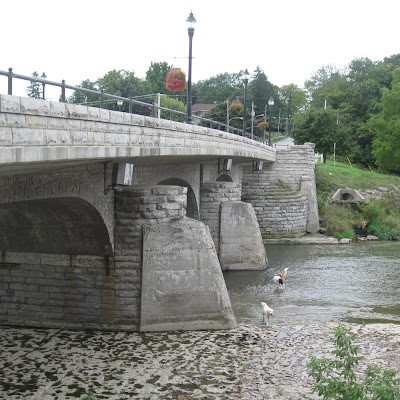 Victoria Bridge, our main bridge off of Queen Street which goes over the river Thames. Although always shallow, here the river bed is exposed almost to the middle. These two dogs don't seam to mind.
Although the Dusty Victorian's walls are made of brick, its foundation is made of limestone blocks from the first local quarry. In my opinion, what makes limestone so interesting are the ancient marine organisms, still visible in the cut stones.
The following are photographs of fossils in the limestone that was used in walls, bridges, the library and, of course, the DV's foundation. 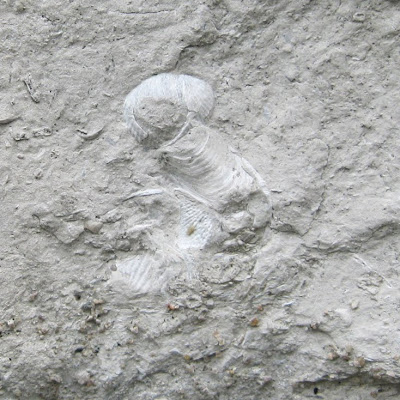 Little ancient creatures embedded in the foundation blocks of our home. 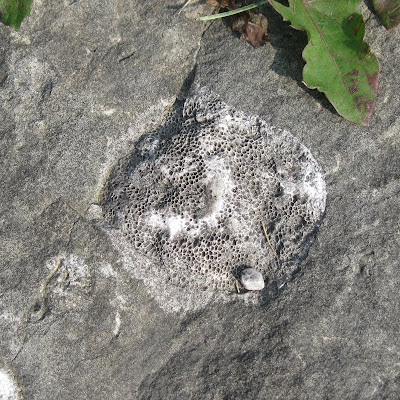 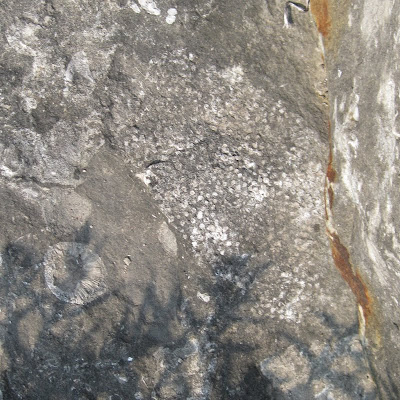 To me, this looks like a coral reef with its fan coral surrounded by sea shells. 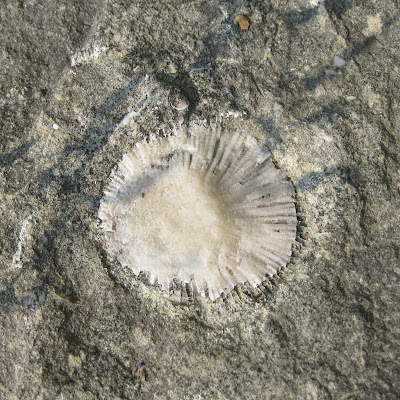 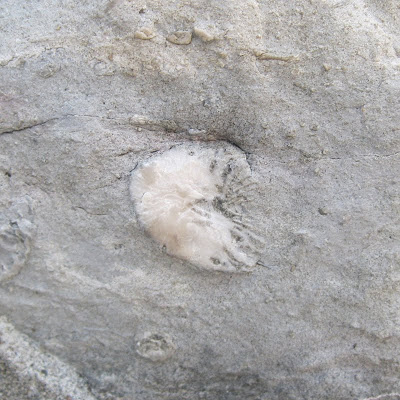 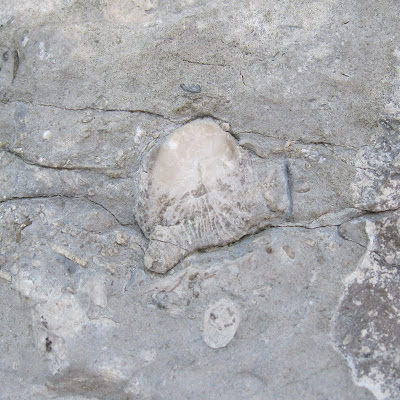 This sea shell felt as smooth as polished marble. 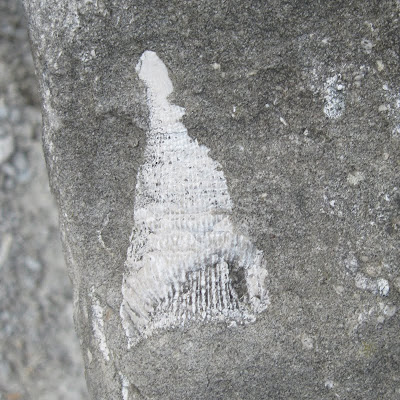 This little conch looks like a tuque; could be inspiration for a knit designer. 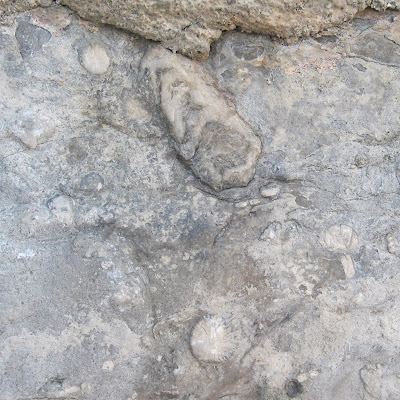 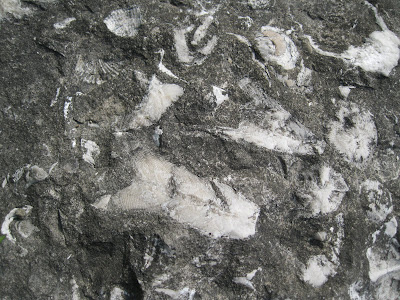 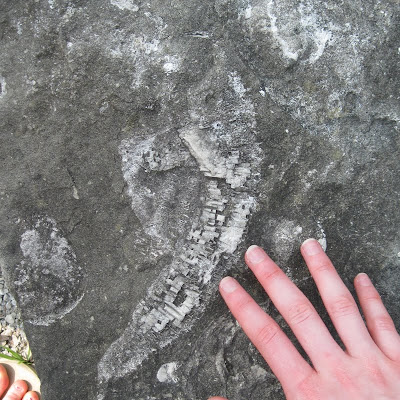 A big fossilized thing. Astrid's hand is used as size reference. To me it looks like a tusk, perhaps from a prehistoric walrus - I don't know. It looks like its resting on a clam. 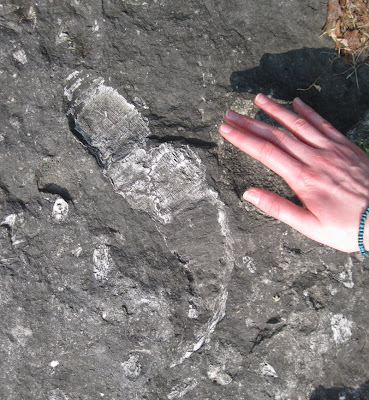 My best find is this fossilized print, which looks like a claw. Brian thinks I have an overactive imagination, but who knows what gifts ancient glaciers left us when passing through St Marys.
Posted by Anyes K. Busby - Studio Vignette Fine Art
Email ThisBlogThis!Share to TwitterShare to FacebookShare to Pinterest
Newer Post Older Post Home