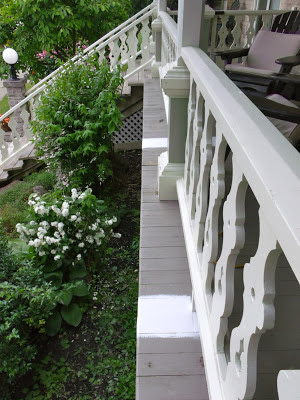 Picking up where I left off, the floor boards that were rotten were replaced and primed. Caught in time, the rot had not reached any of the support structure. 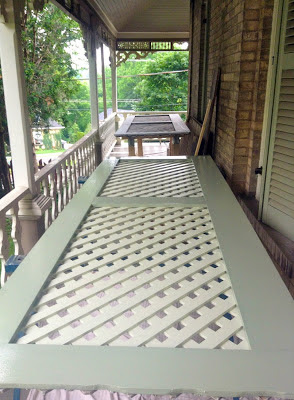 The trellis skirts were removed cleaned, primed and painted. Thankfully, the side veranda provides a great covered space under which to work. There's always a risk of rain this season - very frustrating. 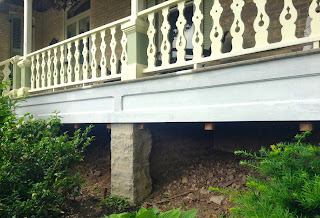 The facade of the veranda was primed... 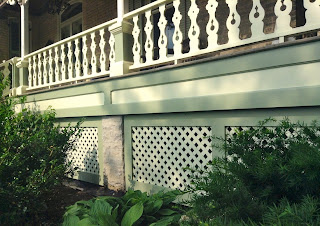 and painted. The trellis skirts were put back into place. 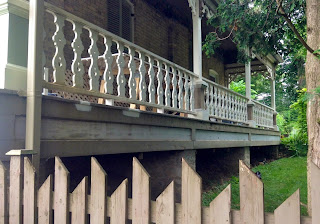 Now for the side veranda - how shabby looking compared to the front. I'm always taken by the effect of fresh paint. After painting the two front trellises (a real pain in the derriere), I decided to wait for a sale on a paint sprayer to do the side trellis. In the meantime, I'll start on the gingerbread balustrade and the side face of the veranda. 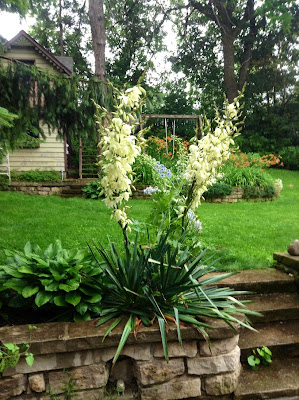 Today is a rainy day, but I have to show you my yucca, which blooms every seven years. It's huge stalks measure almost five feet in length. I guess I did something right in ignoring it since we've moved here. 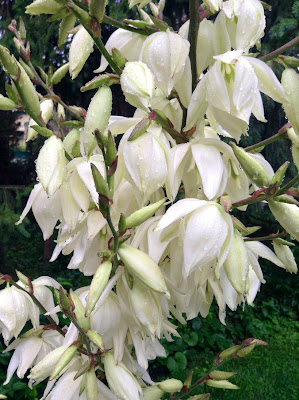 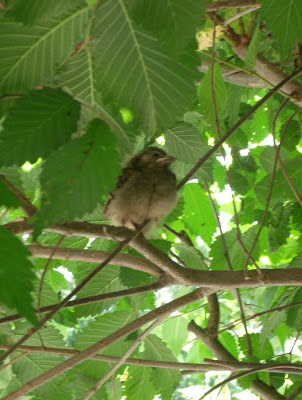 And here's an update on my cardinal fledglings. They started falling out of the tree, so I built a bigger nest out of an old wreath... 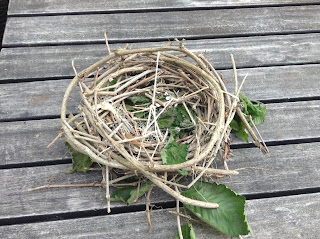 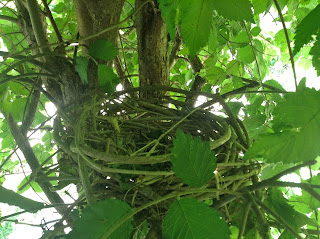 and wedged it between branches. When I would see one on the ground, I would put it back in. 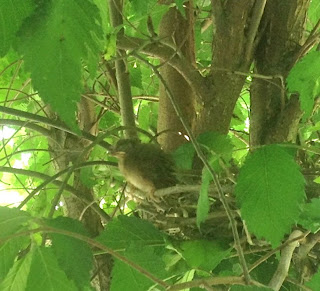 They kept wanting to come back out and down again. 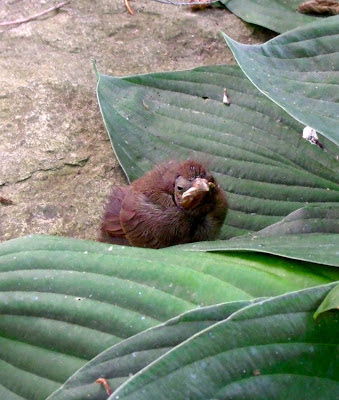 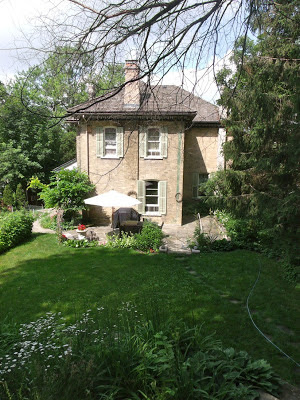 By the end of the day, all fledgling were hopping towards each side of the house. The female was guiding some to the left. The male was guiding some to the right, towards the front, away from the dogs and bothersome Aunt Anyes. I could spot only one fledgling per side, but there is so much vegetation, offering excellent camouflage that it was difficult to see. The dogs were excellent at chasing away cats, but now that the fledglings were on the ground, they had to be moved out of the dogs' reach. 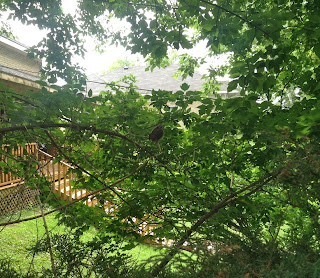 I spotted one in my neighbour's tree (centre of the shot).
They'll be fine... I hope. Now the little tree is very quiet, but I can still hear the wonderful cardinal songs around the house.